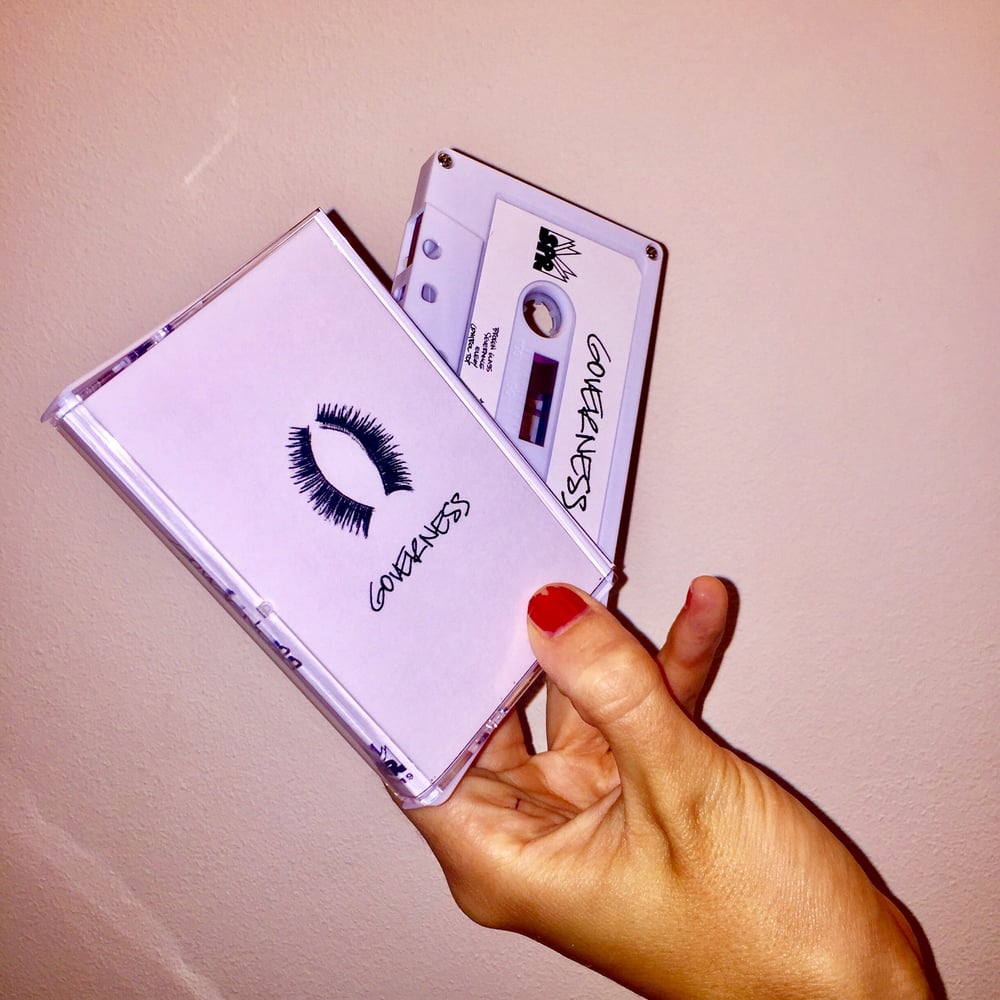 Track listing:
1. Broken Glass
2. Severence
3. Elegy
4. Control Top
5. Animals
6. Daytime
7. Zipless
8. Patterns
Mothers claim formidable space in rock and roll's greater body of subject matter (from Outkast's "Ms Jackson" to Danzig's "Mother" to the Shirelles "Mama Said" to Can's "Mother Sky") but rarely do the mothers get to speak for themselves. Governess' self-titled 8 song tape is a portrait of the traditional nuclear family through a lens often erased in the greater sociological landscape. What does it look like to be responsible for the unwaged labor of childcare and partnership? "We did not see our experiences being represented in any music we came across and wanted to create an honest and real representation," Says drummer Erin McCarley. She adds, "[The songs] may sound poppy and have some sweet melodies, but they are dark and come from a taboo place that most women and mothers do not speak of even amongst themselves." McCarley, Kieca Mahoney (bass) and Kim Weeks (guitar) live in the same neighborhood with their families. They met while organizing a parent-run cooperative preschool for their children and decided to write songs together.

"Science was my savior until I turned nine," the trio begins on "Broken Glass." "I thought I wanted a test tube baby." McCarley's musical work has contributed much in the ways of vivid lyricism and sonic depth to Washington, DC's underground catalogue (see: Hand Grenade Job, Pygmy Lush, Hey Girl) but Governess is, collaboratively speaking, arguably her riskiest project yet. Of her bandmates, she says: "I think it's punk as fuck that Kim and Kieca were willing to pick up an instrument and join a band at this point in their lives, having not done something like this before." This kind of attitude and explorative musicianship is rarely paired with the insights of adulthood, let alone through such a socially prohibited narrator as a mother voicing misgivings, rage, desires and sadness. Weeks' guitar is sparse and sharp recalling inventiveness of projects in which the instrument isn't a given, but a choice. Mahoney's bass is similarly taut and responsible for many of the song's hooks. My favorite track is the last, as there is something about the chorus of "let 'em go, fucking runaways, they can't ever understand this feeling" that rings infinitely more true than if it were sung by teenagers in love. Governess is probably not interested in the punker-than-thou olympics, but would likely take home a prize.

Recorded by Daniel Saperstein at Lurch