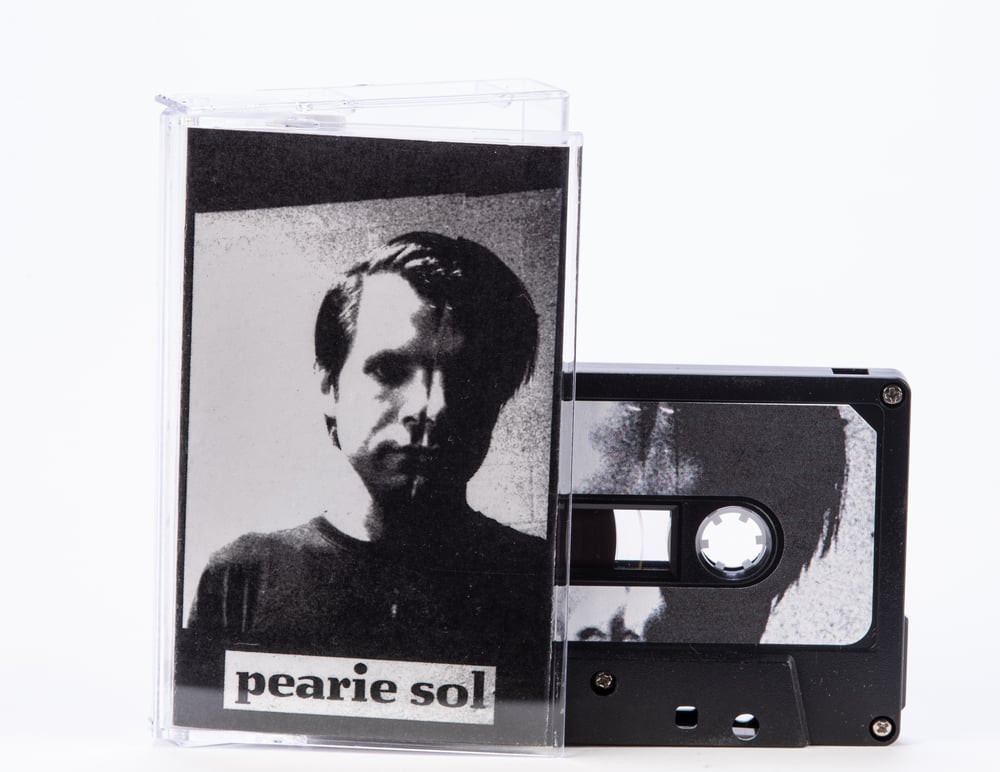 Pearie Sol (Gauche, Teen Liver) plays three machines. As the divided mirror faced portrait suggests, the man behind the curtain is the Dr. Jekyll to Pearie Sol's sensationally half-crazed Mr. Hyde. He recorded this self-titled solo debut in a single session with Gauche bandmate Jason Sauvage. It's a tape meant to be heard the way it was recorded: straight through. A one man gate-crashing organ grind, Pearie Sol animatedly yelps his way through tales of gleeful arson ("Fire"), dancing towards imminent mutilation ("Castration Line"), and a preference for the darker, dirtier side of life ("Alley"). The former music teacher's skillful precision over the keys is made into a maniacal, musical mantra in which emotional extremities are pancaked under the pulsating snare of a quick beat. Let this Dr. Frankenstein and his monster drive your truck through seedy hysteria, neuroses, "a friend named desire, a friend named shame," and you likely won't be home in time for dinner.